AS FEATURED IN CRUZIN MAGAZINE #217

With so much focus on Queensland’s Gold Coast as a holiday destination, it’s easy to forget about another of the state’s very saleable vacation spots, the Sunshine Coast. Heading north of Brisbane won’t put you amidst the mega-high rise apartments, casinos, theme parks and night life which the Gold Coast is renowned for, but it does still boast a holiday atmosphere and those glorious golden beaches. Plus the fact that it’s not flooded with international holiday makers probably suits locals to a tee.

So it would seem like a nice place to hold a car event, right? That was Colin Chapman’s thoughts when it came to forming Downunder Beachfest, a mid-winter gathering which celebrated its fourth birthday in June this year.

“Two very definite things actually launched Beachfest,” said Colin. “One was that I had come back from the Beach Hop in New Zealand with my eyes like kaleidoscopes. It’s that same buzz that everyone that’s ever been to Beach Hop comes back with. I’ve been three times now and figured we could do with one of these in Queensland. The other defining point was that Cooly Rocks On was bulging at the seams, so full that the organisers had to employ areas totally separated from the main show. We needed an event to cater for the overflow, and that’s all that Beachfest was ever supposed to be.”

Immediately after the launch of Beachfest, small families of vocal Pro-Cooly and Pro-Beachfest supporters sprung, given that both events are on the same weekend, and just 200kms apart. Most are uninterested in the propaganda however and simply happy to do what suits them best.

“It’s not like Cooly where’s it’s static and stays in one place, it’s more like Beach Hop where it’s based in a town but goes to different places each day.”

With Ryno Insurance stepping up as major sponsors for past and present events, the festival is officially known as the Ryno Insurance Downunder Beachfest Caloundra. It fires up on the Wednesday with a lunchtime cruise for early entrants, and registrations open at the Kings Beach Tavern which is where all registration takes place during the weekend.

The Caloundra Power Boat Club is the venue for Thursday morning’s big breakfast, included in your weekend entry fee. The remainder of the day is free to explore or relax before the official street party and meet and greet in the main street of Caloundra. Furnished with a band or two, street food and the promise of more to come, it’s a cool place to be.

Friday is the day to get out of town, as local crew Suncoast Rod and Custom Club round up the entrants for a cruise through the Sunshine Coast hinterland. The Poker Run takes in quaint communities such as Landsborough and Montville as cruisers navigate through mountain roads dotted with shops and cafes, lush forests and farmlands. Kings Beach Tavern was the finishing point for a much deserved bevvy and a late lunch.

There’s just enough time remaining in the afternoon to put your feet up before the Fuel Doctor Supercruise gets underway. It’s an open street cruise within Caloundra’s CBD. If you’re not cruising, then there’s an abundance of viewing options, from bars to balconies to local eateries. With about 140 cars taking part and mingling with the locals, Colin admits that Friday night format is fun but yet to reach its potential.

The showcase event of Beachfest is the massive show and shine in the Caloundra CBD. The streets are closed early on Saturday morning and most of the 600 plus entrants flood the town centre. With that many cars, dozens of food outlets, trade stalls, five bands performing in different areas throughout the precinct, and Bulcock Beach and parklands right across the street, there’s no good reason to leave early.

The pre-1983 entrant cut off leaves very few outside the barriers, in fact Colin says they haven’t had to turn away an entrant yet.

“We identified that up to VH Commodores are considered by our younger generation as being older and collectible, and they represent the last of our chrome bumper cars in this country. It really diversifies and opens things up,” reasons Colin, a serious advocate of involving young people in the hobby.

Come evening, organisers take a breather as local pubs and clubs opt to host their own entertainment, suitably themed of course. In fact if you can’t find rock and roll playing somewhere nearby during Beachfest, you’re probably lost.

“On Sunday we traditionally hold a grass-khana event, for those that want to exercise the horses,” Colin jests. The Big Kart Track at Landsborough was a new venue for this year, but despite all best laid plans, heavy rain mid-week ruled out part of the grounds for parking, and traffic chaos ensued.

“They’ll be a change of venue for Sunday, but probably the unfortunate loss of our driving events. Finding precincts now that allow you to rip up grass and do those sorts of things are getting harder and harder to find,” he surmises.

The event doesn’t quite end there, with those who haven’t headed for home made welcome at the Sunday evening dinner dance. A separately ticketed event, it’s a nice wrap up to the festival and an opportunity to present the Top 20 awards to car owners and acknowledge all of those who make it happen.

“I’m the guy who dreamed it up, but no one owns it. It’s an event and it’s put on by a very capable committee that puts in so much, and volunteer workers that work so hard to bring it to fruition.”

“Just a repeat of what we’ve come to see as a successful formula,” says Colin. “We’ve got an increasing number of people which stay for the five days now. The feedback is totally positive – a laid back, really easy fun event. A little young, a little raw around the edges… we know that, maybe that’s part of the charm.”

You’ll find Ryno Insurance Downunder Beachfest easily enough on facebook, it’s already locked in for June 5-9 next year. Thanks to enthusiast Keiran O’Loan for a giving us a taste of Saturday’s big show. 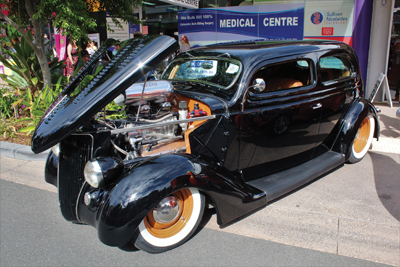 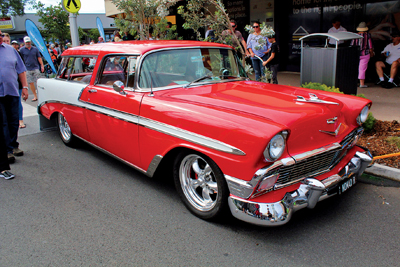 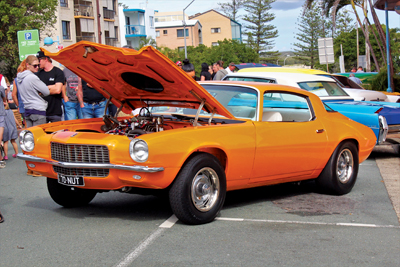 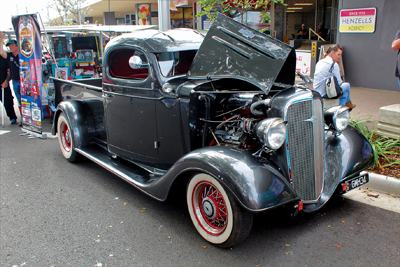 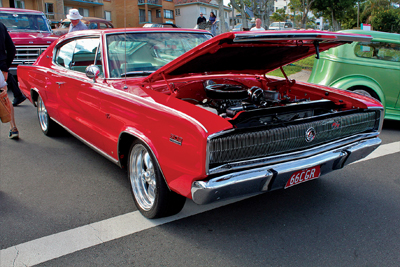 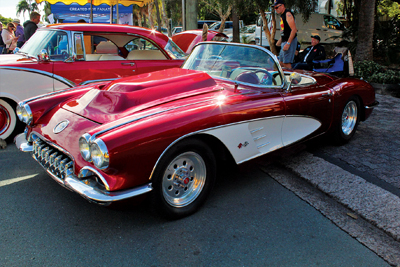 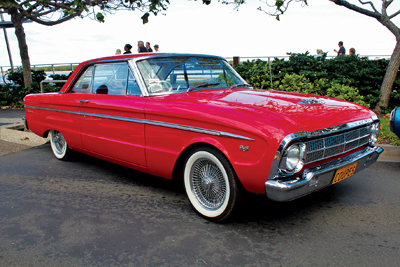 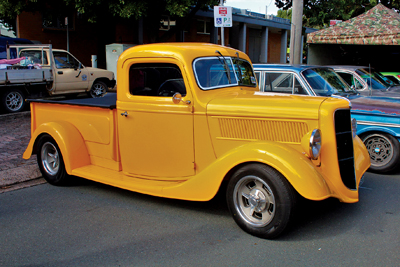 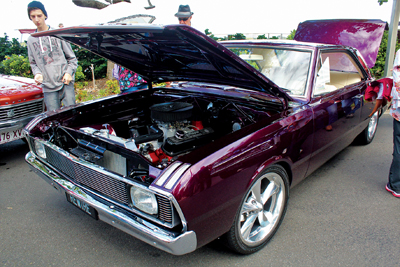 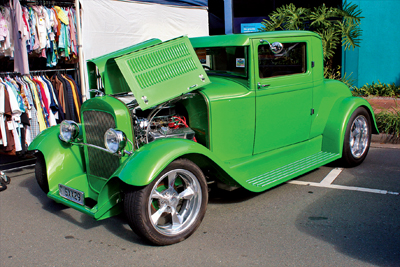 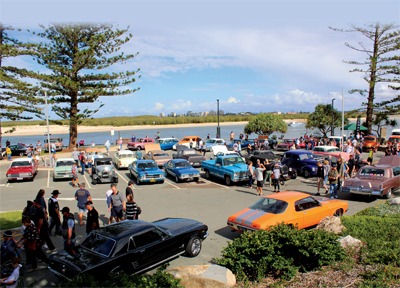 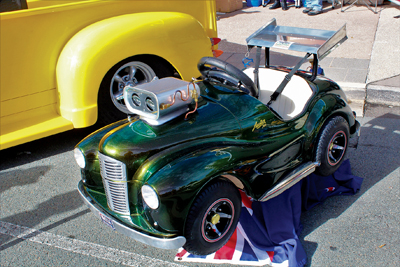 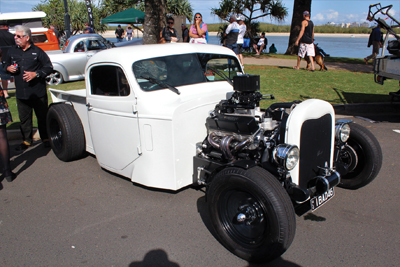 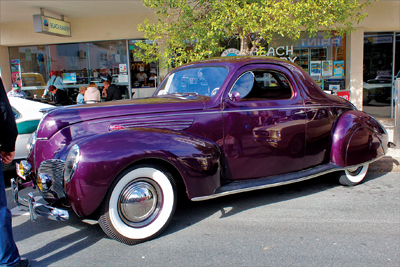 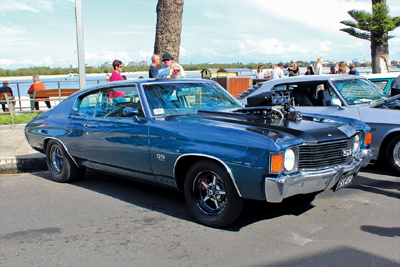 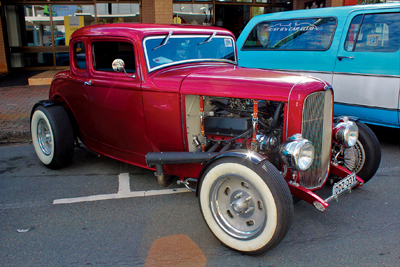 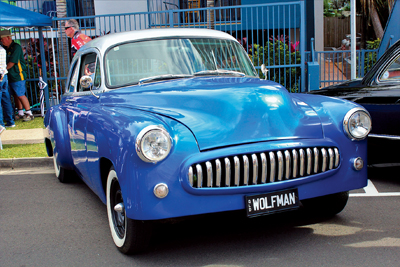 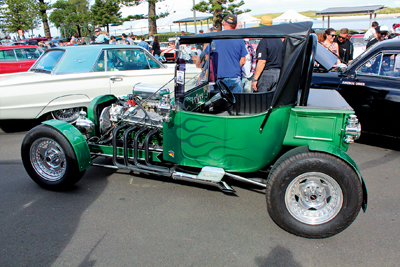 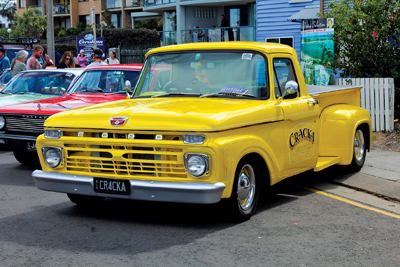 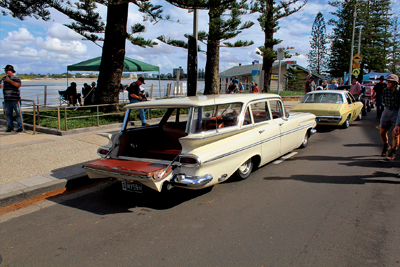 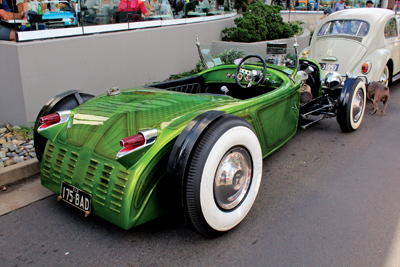 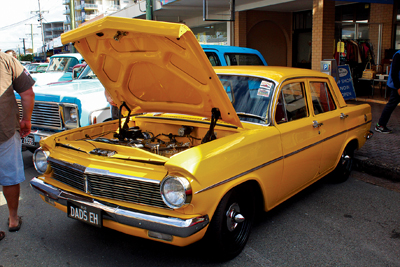 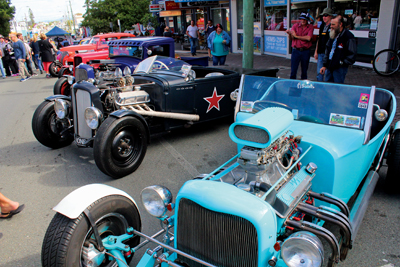 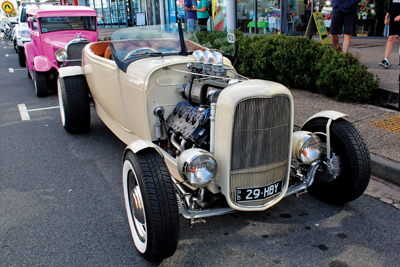 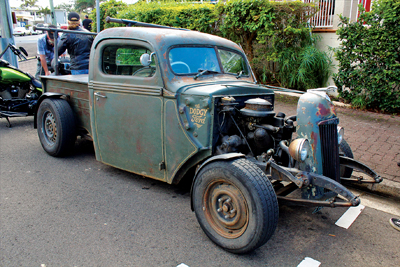 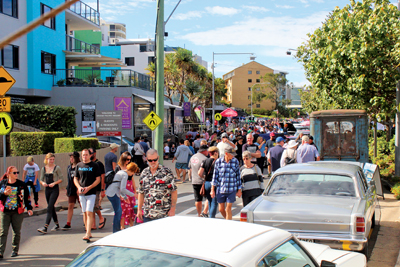 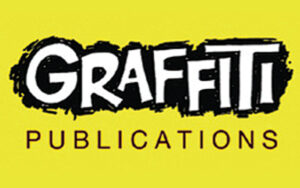